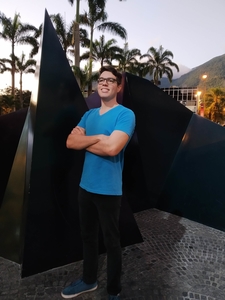 Using NodeJs packages in the browser with import maps

What are import maps

Import maps is a browser proposal that allow web pages to control the behavior of JavaScript imports, in other words control over what URLs get fetched by JavaScript import statements and import() expressions. A NodeJs developer is used to import packages this way

If we tried to do that directly in the browser it will fail, throwing an error similar to

Uncaught TypeError: Failed to resolve module specifier "lit-element". Relative references must start with either "/", "./", or "../".

This is happens because the specified path (‘lit-element’) is ‘bare’, meaning that is not the full path to the file where the source code of that object is.

There is also the problem that if we gave the full path of the file, that file could also be importing another package in the same way, with a bare path.

The typical workaround for this problem is to use a bundler like Rollup or Webpack that resolves all of the paths. And puts all of the required code into one single file.

There is the exception of packages that have zero dependencies (meaning that they simply do not import from another packages), they do things like relative imports, for example,import { defaultTemplateProcessor } from './lib/default-template-processor.js'; or have the so called “dist” files which have all of the required code in one single file.

In those cases we could do something like import { foo } from './node_modules/lib-foo/file.js' there will be no problems

But what if we wanted to still use the bare paths syntax, since is better and more comfortable to work with and have something that tells that a bare path points to a full path. That’s exactly what import maps does!

Quoting from the specification on chromestatus

" Until import maps, the web has had no native ability to do this kind of mapping (although the specification has included a carveout for it since modules were first introduced). Import maps bring this ability to the web’s native module system, putting it on parity with web developer expectations. "

Currently import maps are a experimental feature, the only browser that has implemented it is google-chrome, so, to start using them we have two methods

Install the dependencies with yarn only, we’ll need the generated yarn.lock file for later.

Make an html file that requires the lit-html dependency

Next serve the html file

Let’s explain some things about the example.

There is still one thing you might be asking. How did you know how to list those other imports ? If you are only importing lit-element. Well that’s one thing we have to take care about, the internal imports of lit-element, doing this by hand might be a huge pain, the import map you see above took me a few minutes to setup, I’ve had to analyze the package.json of lit-element and lit-html since the first one is dependent on the last one. Even the import map that I’ve provided could fail for others imports of lit-html.

So the ideal is to have something more robust, a tool that automatically generates the import map for ourselves.

We’ll use the package @import-maps/generate to generate the import map. The caveats are that it only supports yarn.lock file ( this is why the dependencies must have be installed only with yarn at the beginning ) and that Windows paths are not supported.

Install @import-maps/generate as a development dependency

To generate the import map run the command

This will output the importmap in a file named import-map.json, below is an example

Ideally you’ll want to generate the import map after installing any additional dependency, to do so add to package.json a post install script

Lastly include the import map by replacing line 11 on the index.html file used before.

The problem of NodeJs packages

Some NodeJs packages might not be compatible with the browser, back before the import/export (ESM modules) syntax, require() (CommonJS) was used instead. There is a chance that some package uses a dependency that uses the old syntax making it unusable in the browser since it only understands import/export. The solution to the problem would be to simply convert the old syntax to the new one, there is a tool that does that automatically Snowpack , the next example is about it.

The reason why I choose the lit-element package was because it’s ESM ready, thus avoiding the problem described above.

For the example that covers this topic will continue using web components, instead of making one we will download the paper-button from @polymer . The characteristic of this is that it’s not declared as an ESM module. If you inspect the node_modules/@polymer/paper-button/package.json it has no “module” field, even do the file main file uses import syntax.

Running the generator from the last example, will trow an exception

I’ve inspect the package.json of ‘iron-behaviors’ and didn’t find the “main” field. Which is probably what’s causing problems.

Back to Snowpack, it acts as a middleware or intermediary between the dependencies stored in the node_modules folder and the web browser making these fully compatible. Takes as input a .js file declared as main in package.json, analyzes the declared imports and outputs a web_modules folder with bundled javascript files and the respective import map.

To start the example install snowpack

Create main.js file, inside this file import the paper-button

Run the command to generate the web_modules folder

If some of the dependencies share a common dependency they will be put in a common folder.

Like the last generator you’ll want to update the import-map.json every time a dependency is added, to do so, add to package.json a postinstall script.

You should see a blank page with a button

We have seen some of the problems related to node packages and how to fix them, the proposed solution required to use snowpack to act as a middleware and convert those packages to ESM modules to be used in the browser, the conversion outputted a web_modules folder which is a shallow copy of node_modules, you might find this a problem when the number of dependencies grow, since there will be code duplication.

But hey, what happens if you are a person that lives on the edge an only installs ESM ready dependencies and even don’t like to much the node_modules folder because is heavy on disk usage, then it wouldn’t make sense to use snowpack. You could rely on a content delivery network like unpkg to import packages and then craft an import map that points to unpkg url’s, for example

This approach looks OK, but there is something that downgrades the development experience, every time when the web page is initially served by a static server, for example, the one we been using es-dev-server it will have to make a request to the unpkg servers to get those js files, this is something that I don’t personally like since my Internet is slow, what I would like is to make the request once and get those files stored in the disk, something similar of what Deno does to “cache” it’s dependencies.

Heritage is a package manager for the web based on the WICG/import-maps specification, it only have two dependencies acorn and node-fetch. Heritage installs node packages is a special way, it downloads them by default from Pika and Unpkg registries and puts them in a folder named web_modules similar to snowpack. The obvious difference here is that it doesn’t need to have a node_modules folder, and for me it’s a big plus.

Let’s see an example similar to the others where we install two ESM ready packages lit-element and @lit-element-bootstrap/button with heritage. Since heritage generates a web_modules folder this will conflict with the previous setup.

Installing dependencies with heritage is similar to yarn

What heritage will do is to use the package.json to register required packages under the webDependencies field, exactly like Snowpack before version 2. The lock file is the generated import-map.json used to manage imports by the browser.

One minor problem here, installing es-module-shims with heritage trowed an exception, so I’ll have to install it with yarn.

Import maps is a great proposal that enhances the development workflow and makes a bridge between the npm ecosystem and the browser, sadly is not all pretty, there is compatibility problems between the import system that uses the browser ESM and the one that nodejs used in the past commonJS, snowpack has provided a way to breach into this problem.

The one thing that I personally don’t Like about snowpack is that is that there will be duplication of code, the node_modules and web_modules folder are similar. I guess that’s the price to pay for a package manager that was not designed to work with the browser.

Heritage provides a morden way to install packages, it’s still a new technology so I dont expect it to be as robust and have the same features as the yarn package manager for example.

Check out the github source code repository with all the examples included!

Snowpack and the polyfill es-module-shim can do much more than the examples provided here. I encourage you to checkout their documentation.

You can check the progress of the import maps on chromestatus.com

Import maps can also be used with unpkg content delivery network. The bare syntax can be mapped to an unpkg url, Deno uses import maps to do something similar. You can even use unpkg urls as a fallback in case a module is not available in the node_modules folder.